Small and Easy to Hide PHP Backdoor with Python Client

The aim of this article is to showcase a PHP backdoor that is small enough to pass unnoticed while still allowing the execution of complex operations. Maintaining access to a compromised system is one important step during penetration testing. In most cases this is achieved using backdoors. These can either live as standalone pieces of software or as part of legitimate code. And always, no matter how the backdoor is designed, being hard to discover is an important aspect.

Motivation behind this PHP backdoor

We all love free stuff, don’t try to deny it, even if we obtain it from illicit sources. For example, instead of spending 25$ on a WordPress theme, you can grab the nulled version. This applies for anything else too. And even if you use an Exploit Scanner plugin, or use VirusTotal, you can never trust bootleg stuff. It doesn’t mater if you are good at reading code, there is always a chance of something getting away unnoticed. Let me show you how easy it is to add a backdoor to legit PHP code.

As I mentioned, my aim was to keep the PHP backdoor small and unobvious, this is what I have achieved.

You communicate with this PHP backdoor over HTTP POST requests. This ensures that nothing obvious remains in the access logs of the HTTP server. The backdoor code takes two parameters named “_” and “POST”. You should always set the first parameter to “create_function” while the other one can contain PHP code. The backdoor will create a function with the code provided in the second parameter and execute it. Here is how you would access the backdoor with CURL.

The first instruction is obvious. It sets a variable to “@”.

With some clever XOR-ing this variable is transformed into a string that contains “POST”.

In order to make the backdoor more easy to break into pieces you can replace the line above with four instructions that do the same thing.

In order to interact with the PHP backdoor in a more friendly manner I have written a small client in Python. You can find the client together with the backdoor on Github. 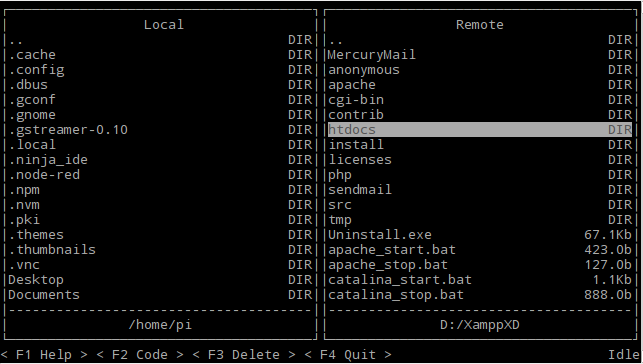 The client requires only on parameter, pointing to the URL of the PHP backdoor.

This site uses Akismet to reduce spam. Learn how your comment data is processed.

This website uses cookies to improve your experience while you navigate through the website. Out of these, the cookies that are categorized as necessary are stored on your browser as they are essential for the working of basic functionalities of the website. We also use third-party cookies that help us analyze and understand how you use this website. These cookies will be stored in your browser only with your consent. You also have the option to opt-out of these cookies. But opting out of some of these cookies may affect your browsing experience.
Necessary Always Enabled

Any cookies that may not be particularly necessary for the website to function and is used specifically to collect user personal data via analytics, ads, other embedded contents are termed as non-necessary cookies. It is mandatory to procure user consent prior to running these cookies on your website.